A Rare Side Effect or Just Rarely Reported. Why Do They Delete So Many Social Media Posts if There Isn’t Anything To Hide and Cover Up?

A Rare Side Effect or Just Rarely Reported. Why Do They Delete So Many Social Media Posts if There Isn’t Anything To Hide and Cover Up?

A Rare side effect or just rarely reported. (why do they delete so many social media posts if there isn’t anything to hide and cover up?)

We know it’s not rare but all too common.

Try and take all 6 vaccine doses planned for the first year and not have a heart attack.

Lethal injections pushed on innocents to protect against an imaginary flu that no one bothered to check the evidence ever existed. 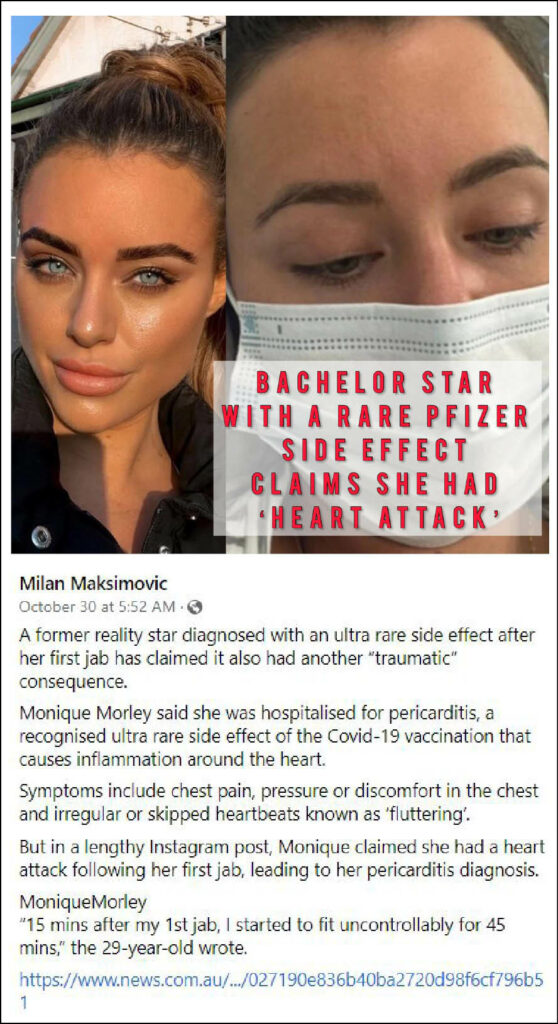 Jonathan Charleston
I personally know this Family on the Central Coast of NSW & she is one of many .. 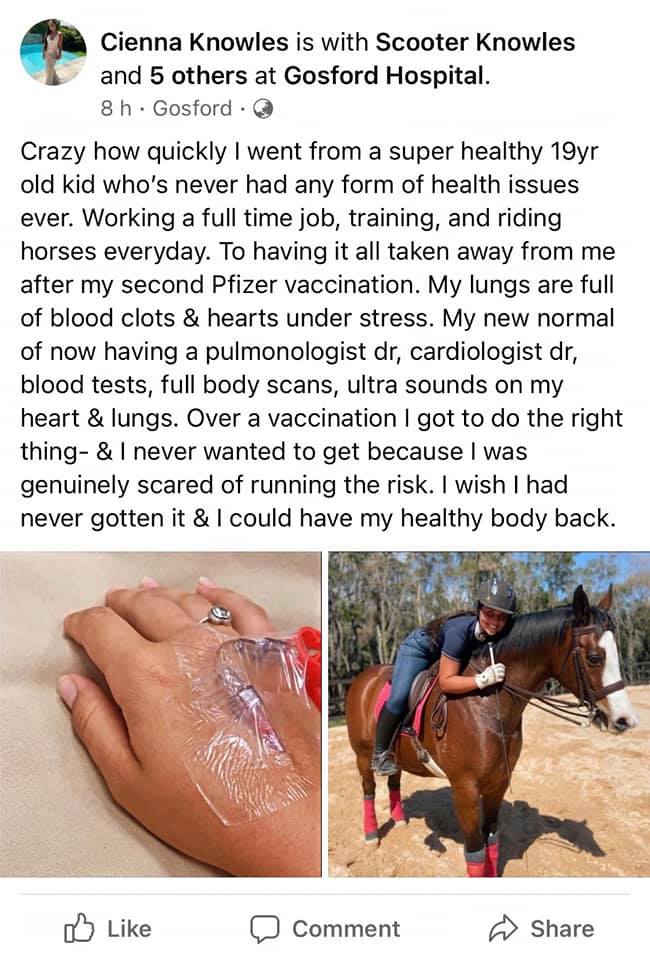 Kathy Weightman
It’s a very common side effect of both Pfizer & Moderna. One of my children had it & the staff in the Emergency Department said they’re seeing a constant stream of heart issues or clots from the AZ. While we were waiting 3 others came in complaining of the exact same symptoms.

Troy Ramke
I guess this is classed as rare too. No mention in any media about this one… 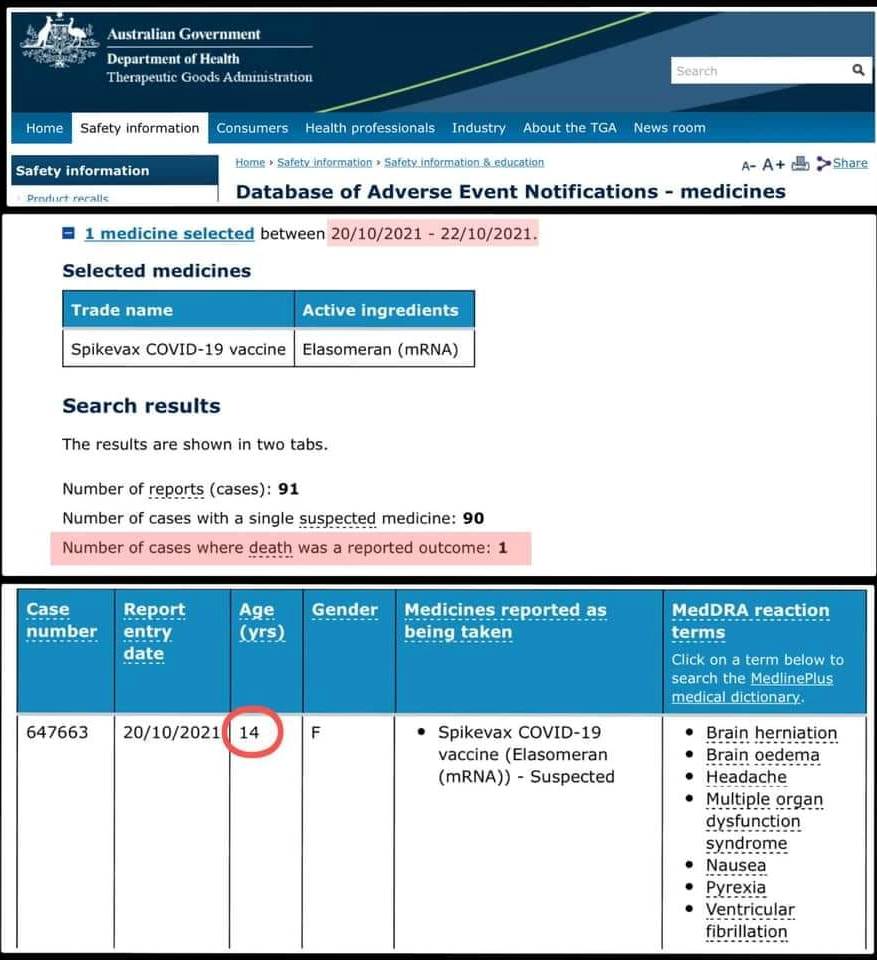 Blakus Chapple
It’s an actually quite common side effect.

Milan Maksimovic
We never had anything like this in 100 years of medical history.
In last 7 years I was taking flu vaccines almost every year and my family doctor advised me that I can take vaccines every 2-3 years because I was still protected and to give my body a chance to develop antibodies. I was never pushed, it was my choice based on options provided.
Why we are now pushed to take 2-3 vaccines in 2-6 months period? Nobody can deal with this many chemicals in short period. This is not consistent with any previous medication that is why they are forcing on us.
There is also inconsistency in how many doses people need to take. Target is moving unusually fast from 2 to 3 to 4. Our leadership either has very incompetent advisors or there is very dangerous agenda behind it.

Priscilla Morrison
It’s not that rare but because the govts are hiding the true numbers we won’t know the true numbers for a while. There should be an independent investigation into all side effects especially serious and all deaths immediately. Before we injure the children.

John Harris
Here in Communist Victoria I have heard of people who were so sick after the first shot of the Quachzine they don’t want the second shot but Andrews has threatened them if they don’t they will be sacked.