I know someone that’s had Covid and got quite sick , so it’s real .

No you don’t.
No one has ever caught it,or ever died from it.
It doesn’t exist.

We have the evidence, and Australian National Review has $1 million challenges available publlcy for anyone that can show evidence of a single death from Covid and a single person having caught it.

Your friends had a flu of some sort.

And anyone that’s died, died from other issues, or were murdered by remedsevir and other deadly drugs used for that purpose and ventilators to push up so called Covid deaths.

This will end when people stop believing in a Bs fairytale flu, that they can’t show evidence exists and stop listening to Covid fraudsters and Covid fraud deniers.

It was generated in a computer by genome sequencing, and agreed upon by consensus

Those who want the truth could easily go and find that it doesn’t exist.

And how they tried this in 2009 with the swine flu, and AIDS back in the 80,s and swine flu again in 1976 and the Spanish flu a hundred years ago.

When humans stop buying bullshit they’ll get their lives back

Until then they’ll line up for a experimental drug disguised as a quackzinne with the side effect of death for an imaginary flu and fall for blatant propaganda. 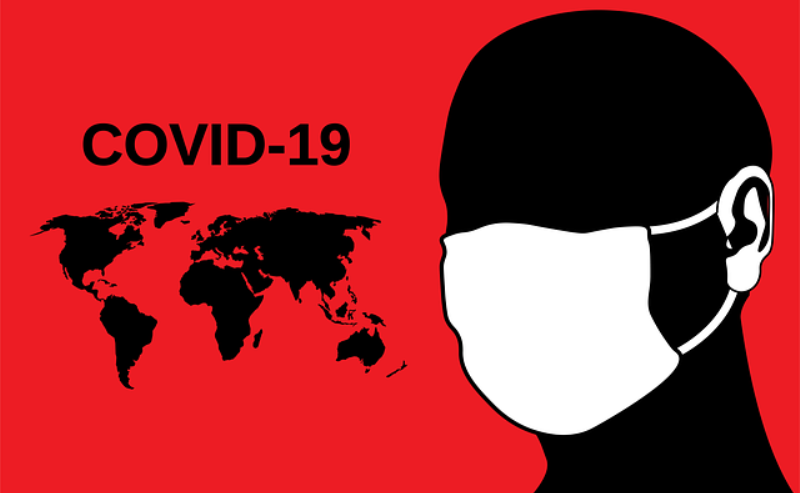 Charlie Dingo
I get the query’s around covid, but Spanish flu and aids? Not serious bro? Had a neighbour who was a gay bloke died from aids home alone dozen years back. Smelled the body from next door.

Tessa Cottrell
Where do we look for evidence? I do find that stuff hard to find, I do watch alot of stuff from people that claim to be drs and scientist and 1 is saying it is real and th other saying it’s all fake how do we find out what is true and what isn’t? It’s hard and I’m so over living in fear! I won’t even go see my mum who I am super close with and is only 5mins up th rd because I’m scared of th virus.. however I’m also scared of th vaccine haha

Alissa Lawson
Love it Jamie Ive been on the journey the same time as you and till this day it still blows my mind how ignorant, stupid and blind people are. The worst part has been having to go through all this b/s because of their ignorance and stupidity. The ones who took the jab I will never feel sorry for but sad for those of us who tried to wake them up. It’s been a tough journey.

Kerrie Sheehan
I just saw this, the guys a maniac.
Breaking news – the Andrews government will introduce their new Emergency Powers bill into the Lower House tomorrow, to be rammed through this week. And perhaps they will try to push it through the Upper House as well. A bill that as I type is still secret.
Normally a bill should be introduced and left to sit on the notice paper for two weeks before passing through the Lower House, and then sit for another two weeks before it comes to the Upper House. It would be extraordinary for them to try to push it through both houses in the same week the bill was first shown to the Victorian people.
This is the kind of behaviour you expect to see in a Banana Republic. Which should surprise nobody if they have been watching the government in action over the last 18 months
Some people object to referring to the Premier as Dictator Dan. But sometimes, when the Jackboot fits, it has to be worn.

Jeremy Morgan
Myself and partner had “it”
6 close family members had it,
5 of our friends and about 18 of my staff had it.
My only comments are that if this is just another flu, it’s the only flu that lasted 2 weeks and lost taste & smell.
Also what was all the talk from Alex Jones, peak prosperity and a few others at the furin cleavage site that was “inserted” proving it was man made?

Pheona Boyd
I am a single grandmother with no other income and I have been stood down until I get my first shot.

Kim Olsen
If it was true someone would claim the million dollars wouldn’t they it’s a very well planned scam of mass murder.

Adam Zahra
Simply ask. Was their diagnosis verified from a positive blood test. Everyone I’ve asked said no. I said then how did they prove it was covid. The look you get is priceless.

Mary Liberty
I caught Covid-19 and took Panadol for 3 days as it gave me a head ache and sore bones …that was all
I however was healthy and had no other underlying issues.

PrevPreviousIs It Any Stretch To Imagine the Same Thing Happening Here in Australia if We Are Using the Same Vaxxinations, With Most Adverse Reactions Not Being Reported to the TGA?
Next2021 Jab CupNext