By The Real Rukshan

I’ve had a few people reach out to me with questions & concerns about my safety and well-being following an incident at an anti-fascist, pro vaccine & anti-racism rally where I was surrounded by an unruly mob that accosted and stopped me from doing my work as an independent journalist. I’ve made this video to address some of those questions and share my thoughts on what occurred.

People associated with these groups, prior to and following the protests have given out my mobile number in attempt to troll me, circulated multiple false posts about my character with fake images, and trivialised my race through accusations of tokenism and giving voice to the very people they say are the extremists using me.

I will not be intimidated or silenced by these pathetic attempts at character assassination, and will continue to bring independent media coverage at any rally I choose to attend as an on ground reporter for my community. 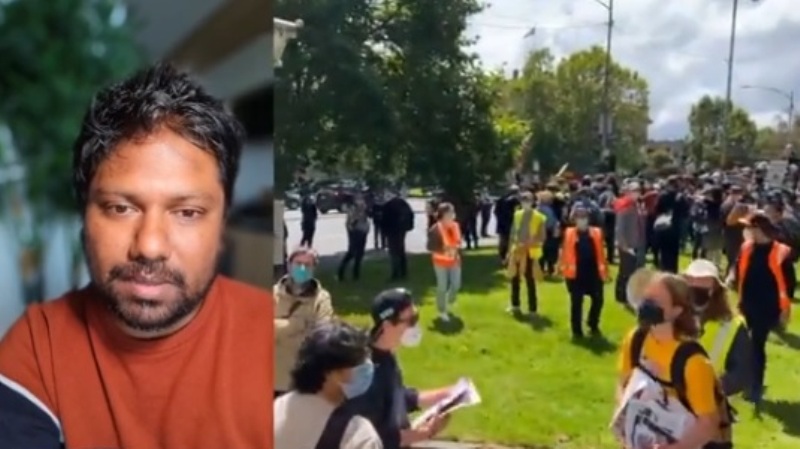 prillyandthekittycats
Most of Melbourne knows how wonderful you are.

glenn__whitehead
Keep up the great work mate I wish all media showed the real story like you.

tangent_vu
You are a gentleman and person with values and integrity, Rukshan. God bless you and please take care of yourself.

ana_schilling_1963
I commend your professionalism and integrity but those people are just no real news. Hostility says a lot about their approach
Thanks for your real news!!

lauz2509
I was thinking that maybe they have been paid to do it… Just a thought… To stop independent journalists from exposing anything which doesn’t ahere to their agenda.

leelee_eleven
This made me sick to watch. Thanks for the coverage …take care.

donzdondons
They look like Labor thugs to me. Thank You Rukshan for your integrity and truth, persistence and tenacity..