There is no indication that the Pontiff actually intervened to convince the Azov Battalion to surrender.

Kalush Orchestra, Ukraine’s winning act in the Eurovision Song Contest, have thanked Pope Francis for the “evacuation” of troops, some of them neo-Nazis, trapped in the Azovstal steel plant in Mariupol. Despite the band’s claim, there is no indication that Pope Francis orchestrated their evacuation, which involved surrendering to Russian forces.

Some 265 soldiers left the sprawling steel plant on Monday night and were taken into custody by troops of the Donetsk People’s Republic (DPR). 51 are being treated in hospital in Novoazovsk while the rest are being held in Yelenovka, Russia’s defense ministry said. Kiev ordered the troops to surrender to Russian and DPR forces.

However, in a post to their official Instagram account, Kalush Orchestra described the surrender as an “evacuation,” supposedly organized by the head of the Catholic Church.

“Thank you, Pope Francis,” read the post. “Azovstal’s evacuation has finally begun. Right now the heroes of Ukraine are being given medical care. God bless you!”

What the post neglected to mention was that the surrendering troops had been ordered to do so by their commanders on Monday night. The General Staff of the Armed Forces of Ukraine avoided using the word “surrender,” saying instead that the soldiers occupying the vasts steelworks had “completed the assigned combat mission” and their officers had now been issued an order “to save the lives of the personnel.”

In addition to Ukrainian regulars, a large contingent of the troops belonged to the neo-Nazi Azov Battalion, a volunteer militia of openly white supremacists that was integrated into the Ukrainian military in 2014. Its troops – many of whom have been photographed with swastika tattoos – wear Nazi insignia on their uniforms, and the group’s first commander, Andrey Biletsky, has said he believes it’s Ukraine’s mission to “lead the white races of the world in a final crusade… against Semite-led Untermenschen [inferior humans].”

Ukrainian President Volodymyr Zelensky has said that he will work to return these “Ukrainian heroes alive,” with his officials adding that they would seek a prisoner exchange with Russia.

Pope Francis met with two wives of Azov members and a Russian opposition activist at the Vatican last week, where they pleaded with the pontiff to arrange the evacuation of their husbands from Azovstal, but not into Russian custody. While one of the wives told British media that the Pope offered prayers, the final order to surrender came from Kiev, apparently without the pontiff’s input.

Throughout the siege of Azovstal, the troops in the plant had appealed to not just to the Pope, but other world leaders and even billionaire Elon Musk to arrange their evacuation. Russian forces surrounding the facility repeatedly called on the besieged Ukrainians to surrender. 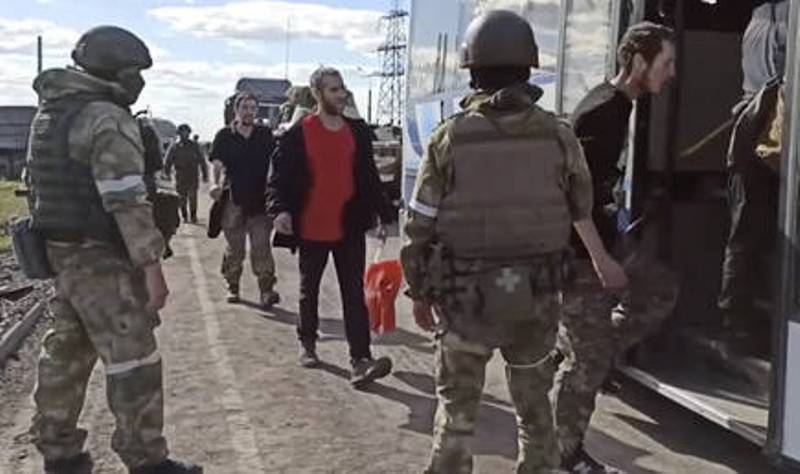 Powerful Message Here From a Qualified UK Nurse of 36 Years